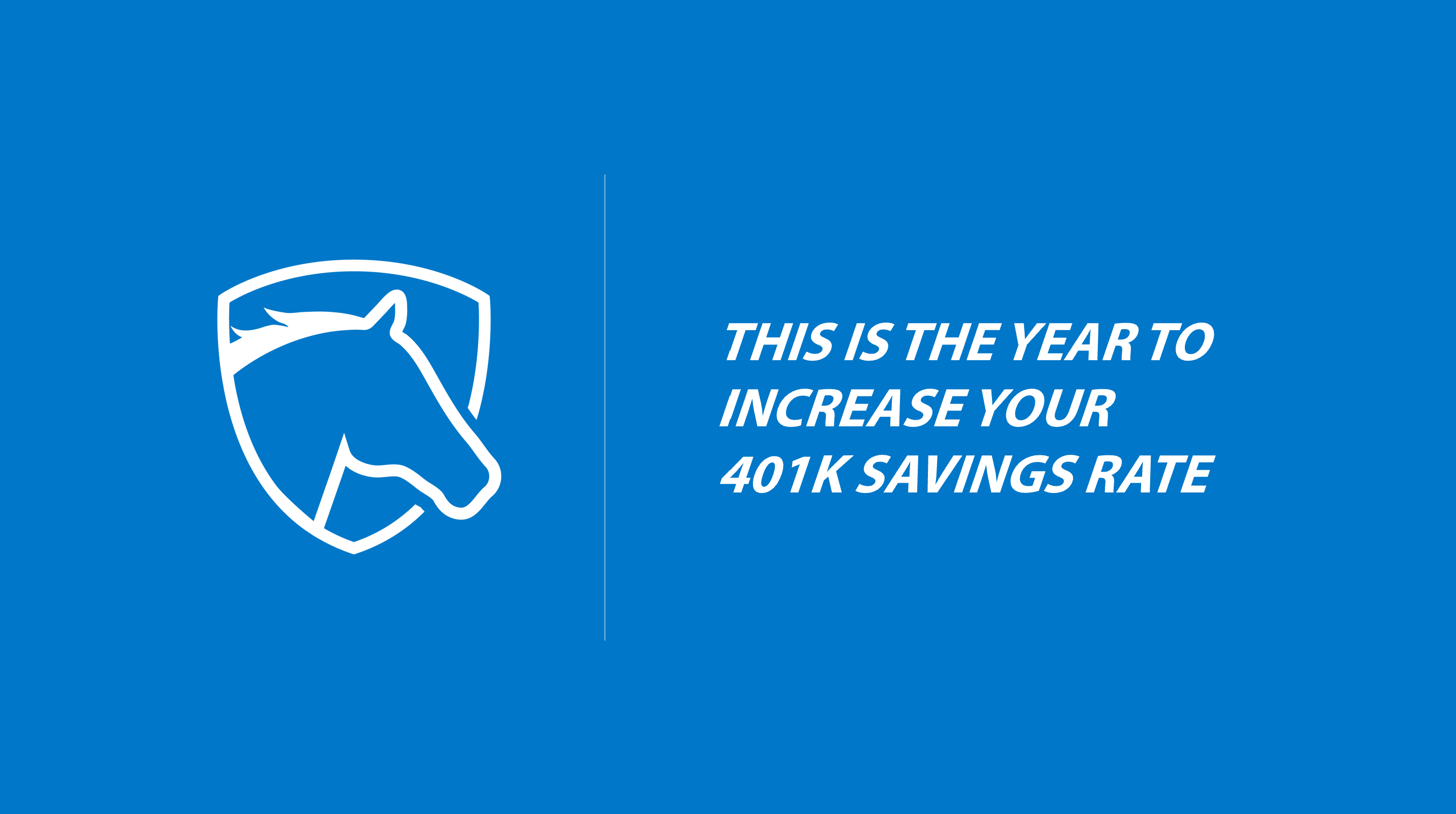 This is the Year to Increase Your 401(k) Savings Rate

You are probably aware that increasing your savings rate in any account will help promote more financial security.  Every dollar you save is a dollar that wasn’t spent – and it’s a dollar that can GROW!

As a 39-year-old that has now seen now at least four extreme market cycles in my conscious lifetime – now is a particularly appealing time to increase what you are stockpiling in that 401k or investment account.

Thanks to this giant reset in the market from COVID and the Fed’s response to save, stimulate, and now suppress the economy – S&P500 stocks are now trading at roughly 15x forward earnings expectations.  The last 25 years tells us this valuation level is BELOW AVERAGE – which implies stocks are on sale.  Now, I’m not saying stocks won’t go even lower, because they could. For example, 2008 was clearly a time where stocks went from on sale, to cheap, to something like a left over half eaten box of frosted flakes sitting in the back of your pantry – nobody wanted them!

Going back to 1997 – the lowest valuation and highest future expected return from the stock market existed during the depths of the Great Financial Crises of 2008.  Nobody wanted stocks and the system was considered broken. 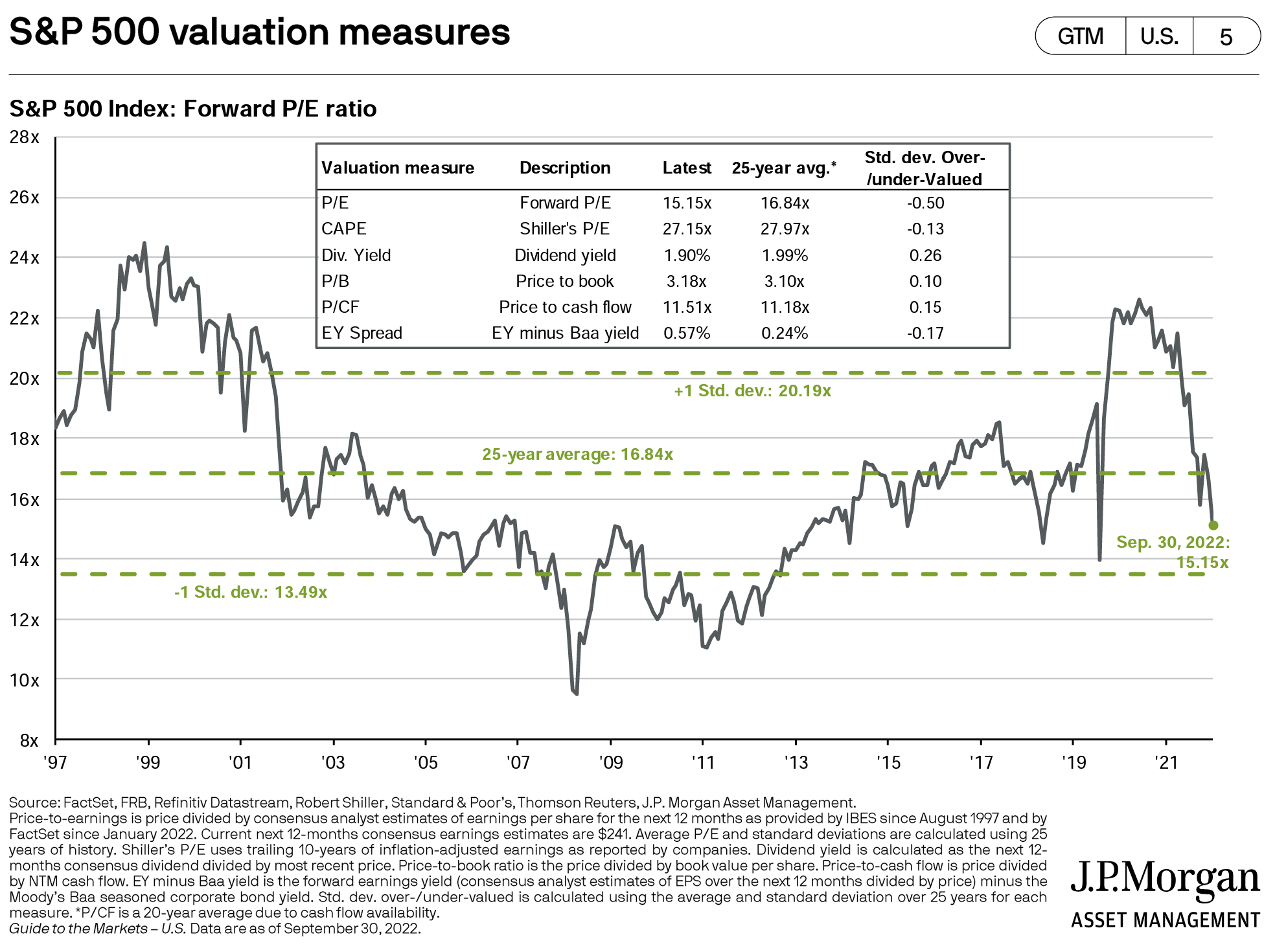 History shows us referenced in the graph below that at current stock valuations, we have a higher expected return looking five or more years out. We know this! Buy low – sell high. 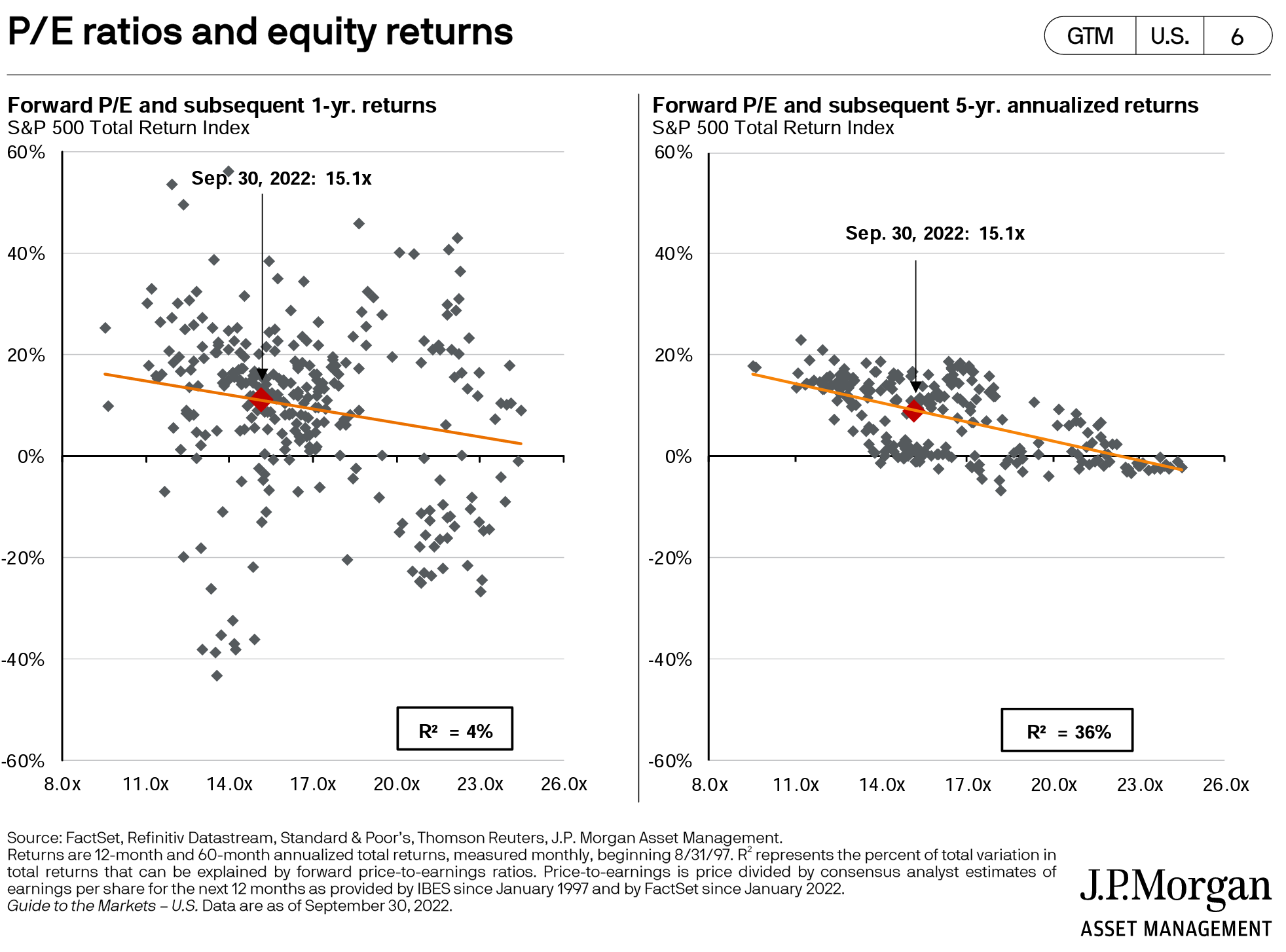 But what do investors without advisors tend to do? It’s depicted by the sketch from Carl Richards of Behavior Gap that is hung on Nick’s wall. Novice investors buy when the market is going up since they think the wave will last forever, and then they sell when we think the end of the world is imminent. 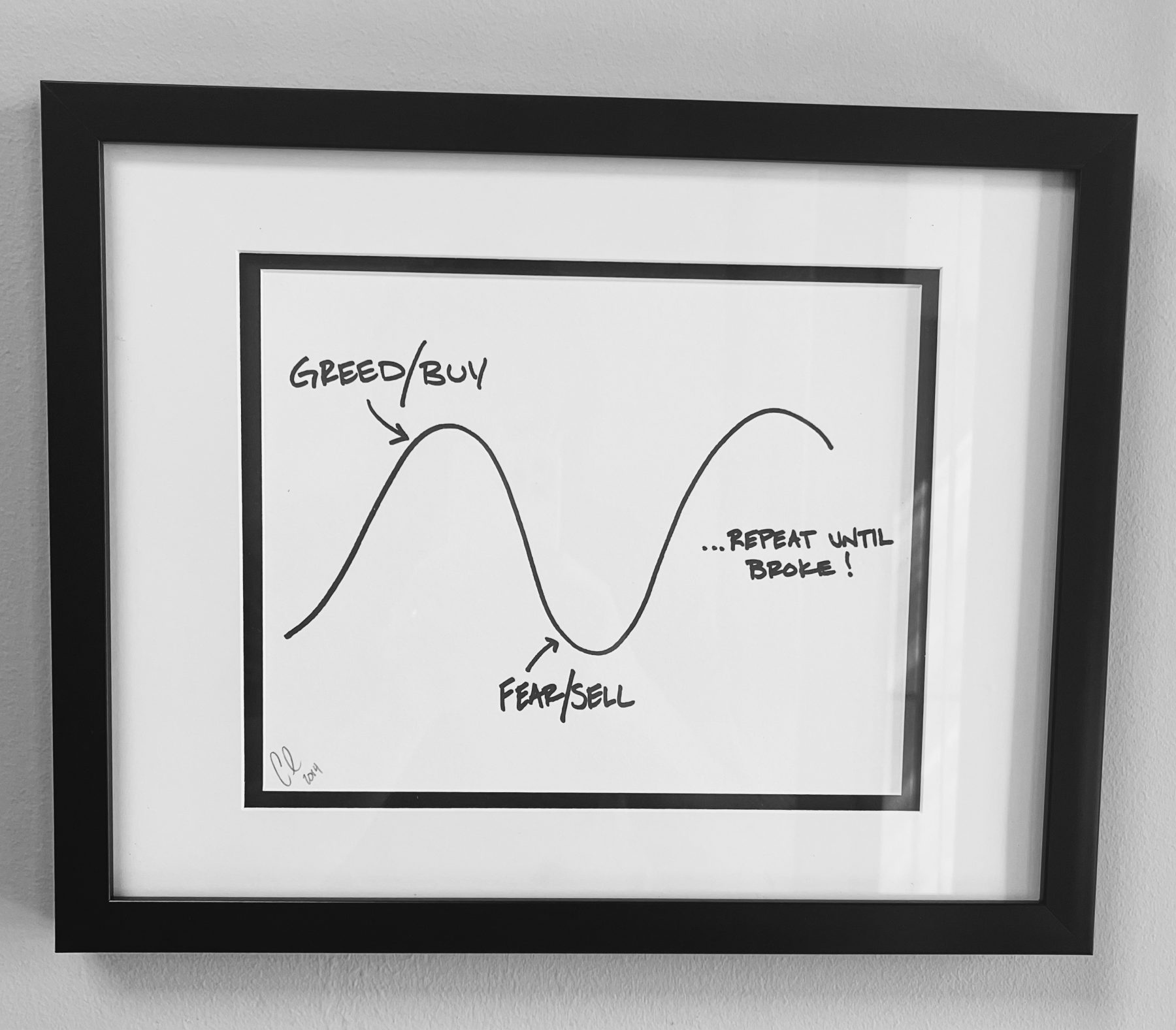 Remember 2017? I know you don’t, we can barely remember yesterday, but 2017 was one of the lowest volatility years in the history of the stock market. Most days were super boring, with stocks up or down roughly 0.20%, and lo and behold, the SP500 finished up more than 18%! But I would argue this wasn’t a great year for accumulating, as every month you’d be constantly buying stocks at higher and higher prices and never experiencing a steep drop to pick up a few names on the cheap.

I’ll never forget in 2008, Jim Cramer, a controversial figure in the world of stock picking for sure, gave the best advice I heard during that tumultuous time. He said use these down days to double up on your 401k contribution.

But how many followed his advice?

How do we reach our financial goals? Well of course saving to the max and return to the max and sticking out the bad times is the theoretical best you can do.

But what if you had to pick one? Earn a higher rate of return or save more – which one will benefit you more?
Answer: saving more helps even more than higher returning balances (at least while you’re accumulating).

The table above represents hypothetical future values of saving $6,000 and $10,000 per year at differing growth rates. Let’s look at a few concepts to focus on to help you choose the most optimal approach for you with the following examples.

Conservative Client – Good Saver
This client is content with targeting 6% growth in their investment account and doesn’t want to experience large drops in account value. This client decided to increase their annual contribution to $10,000 from $6,000. In 25 years assuming the 6% compounded annual growth, the change led to a $219,458 increase in expected account value, highlighted in yellow!

Aggressive Client That Can Save More But Assumes He/She Doesn’t Need To
Earning 8% compounded growth over a 25-year period is an impressive feat and that’s exactly what this aggressive client did – he owned stocks for the long haul but felt that his investment prowess would allow him to save less. Well guess what? Like the story of the tortoise and the hare, the aggressive investor who thought he could set aside less money due to his higher risk tolerance, was surpassed by the conservative investor earning 6% who saved more diligently by roughly $110,000, highlighted in green! It’s only after the aggressive client’s investments compounded at 10% would he surpass his conservatively invested friend.

But can you control and force your investments to earn 10%? NO.

Can you develop a budget to save more than you’re currently saving? Most of the time – YES.

Let’s aim to control what we can control, save more, stick to our plans, and play the long game. There will be long lasting benefits.